Game Nights: Mondays (some Wednesdays for

Practices: 1 per week as selected by the coach 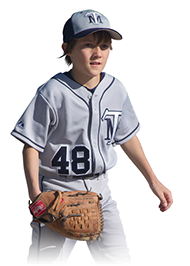 In the spring, all registered Rookie Ball players are invited to a "player assessment" where the kids are put through a number of drills in order to measure their abilities. The teams can then be properly balanced to ensure fair and fun competition for all. Boys and girls play approximately 15 games per season.

Practices (1 per week) are chosen by the coach.

Typically the season begins the first Monday after the May long weekend and finishes with a finals tournament on the third weekend in August.

If you have any questions about our program or would like to volunteer to coach, please send an e-mail to logan72tim@gmail.com.

Get the latest news